My Sister is Gone, But still I Smile 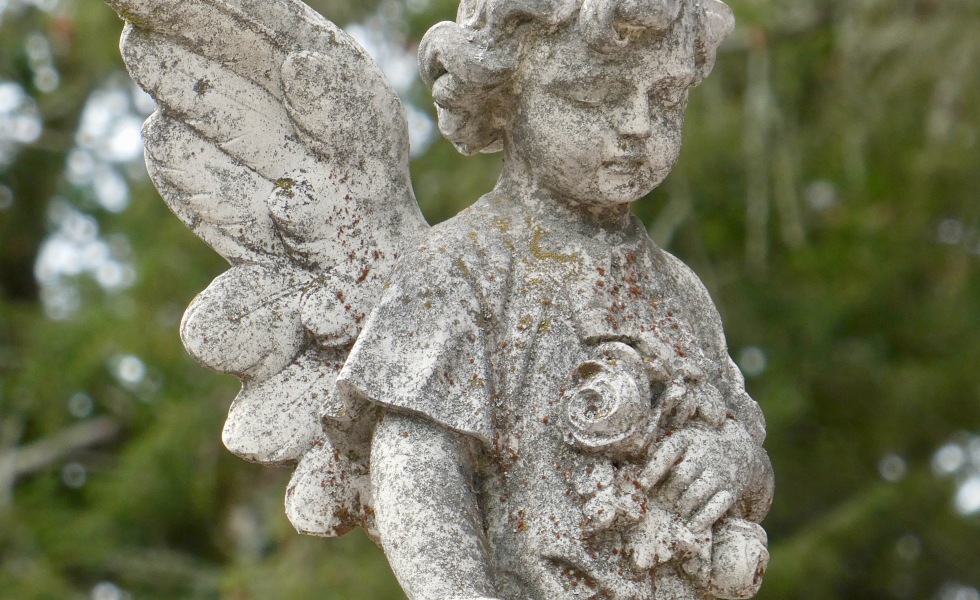 I often try to remind readers and myself, not to forget our own stories. However, the closer they are, the harder it is to share them. I wrote the original piece on which this is based many years ago. It was the story of sharing a name with my sister, but so many more pieces have been added, that the story has shifted on its axis, multiple times. Our understanding changes and so do the stories we tell ourselves.

“Absence is a house so vast

that inside you will pass through its walls

and hang pictures on the air.”

I don’t know how old I was when I realized I shared her name. I don’t know when I came to know of her existence –though it would have been difficult not to feel her presence. A ghost–never seen–but still ever present. She was the sister I never knew, though we shared the same name.

These are the only 3 photographs that exist of my sister. They never felt quite enough. How could I know her from a face smaller than my little finger nail? She was born with a congenital interventricular septal heart defect, where the wall which divides the lower chamber of the heart failed to form properly. This defect lead to Eisenmenger’s syndrome, that made her heart have to work very hard and still not be able to deliver enough oxygen to her body. My parents are holding her upright to ease her burden. My father’s mouth open echoing hers. My mother so young.

Expectant parents worry about their unborn children but a letter my father writes to his parents the 4th of October seems to foreshadow her arrival in December. “Janie is having a few trials and tribulations with the baby but I think her troubles are much less than average and she is handling the situation well. It would be very nice if there are no serious complications because for me it’s better if I have less troubles of the type which I can do nothing about.” That followed by this letter on December 20th where he suggests that he might need them to come down to help. “Dear Mom & Pop, No news yet– we went to the hospital today — It is back in breech presentation, it has settled and it’s too big to move according to the doctor. They took some x-rays and Jane is to return Monday morning. I don’t believe they have decided yet what they can do. Evidently it is a fairly long child, anyway with the RH negative, fairly low blood count, the cyst etc. I am beginning to think that it is quite possible she may require a little more help than ordinarily would be necessary.” All details of which I was woefully unaware, except the RH blood incompatibility.

Kelly Margaret arrived the morning of December 28th at the Naval Hospital in Oceanside, California, on the Feast of the Holy Innocents. My father was in the Marine Corps at Camp Pendleton, thus the birth at the Naval hospital. My parents would tell me that when Kelly was born they knew something was wrong but the doctors kept telling them she was fine and that they were worrying too much. In a letter of Dave Dowdakin to his parents he writes: “Duane & family have been up here for several weeks on a vacation. The baby had not gained any weight since birth so they took it to Oak Knoll Hospital [Naval Hospital in Oakland] where they found out that she has a congenital heart defect which hasn’t been diagnosed exactly as yet. She is still in the hospital & seems to be getting stronger but they believed that sooner or later an operation will be necessary but prefer to wait as long as possible. It is kind of a rough break since they are not sure the child will live long enough to be operated on.” She was baptized February 27th by an Episcopal priest Father Kuhn.

My father had received a compassionary discharge a few months early because of my sister’s condition. They were in the process of moving when she died at 7:05 PM on March 7th at Oak Knoll Hospital in Oakland. My mother would tell me she knew the moment Kelly died as she turned to my Dad and said, “She is gone.” In another undated letter from Dave to his parents: “The Mosiers baby died several weeks ago while in Oak Knoll Hospital. It so happened that Duane & Jane were moving north again since he got a transfer and didn’t find out the news until they reached Albany. They had more or less reconciled themselves to this outcome so things were not too bad for them. But between the two elder Mosiers there was quite a fight about something. I’m afraid to go down that way any lo get since there always seems to be some kind of crisis going on. There seems to be a lot of animosity between Duane’s parents & Jane & vice versa. Duane doesn’t say anything but looks at them all as though they were refugees from a zoo.”

I never met Kelly, for she died before I was born. “Who would I have been if she had lived? We certainly would not have shared the same name, then.”  In the silence the questions insisted on being asked, but there were never any answers. “Was I, who I was, by default? If she had lived would I not be me?  How different might I be. if I were called by a different name?” My sister was born Kelly Margaret Mosier. Three years later I was officially born Kelly Margaret Mosier II. My parents never had any idea of the secret pain sharing a name entailed. I finally told them in my forties. They had innocently chosen to name me as they did my sister because “they liked the name.” It did not seem at all odd to them, and in years past it had been a common practice to name a child after their deceased predecessor–but not so common when I was born. “Can you imagine them naming their second daughter the same name?” I heard a neighbor remark to another when they did not know that I was listening. I was not even 5 at the time. I felt shame, yet had no idea why. It was years later that it was reframed when I read this:

The occasional births were celebrated with emotion, and the children were given the names of the dead, so that no one would ever forget them.

And so in that moment a name went from being a burden to an honor. Although I did not know it then, the pain was not from sharing a name, rather it was in not sharing life. It was in not knowing who she was and how her life may have changed my own. How her death and subsequently that of our brother would leave me alone with two grieving parents. And I the child that lived, that could not mend what was broken…It’s hard for me to imagine what strength I would have drawn from an older sister, a younger brother. I never dared imagine what I had missed, but there loss, was with me always. I heard a song by Capercallie written by Manus Lunny called “Claire in Heaven” it shifted things yet again:

Although I’m not with you down there
I sit alone up here and stare
It’s me, my name is Claire.
Claire in heaven.
I wait for my next life patiently.
I’m in no rush because of what I see.
It’s hard for me to understand.
I gaze from poisoned sea to poisoned land.
Up here I see a new tomorrow
Your world’s not round your world is narrow
For me I just had a while,
But still I smile.

Although I’m not with you down there
I sit around up here and stare
It’s me my name is Claire
Claire in heaven.

At last a image of my sister, with a life that passed her by. And perhaps of my brother too? I remember seeing my birth certificate for the first time. “Why is there a II after my name?” I asked. I don’t remember the answer, only that it was unsatisfactory. That II always unnerved me. It separated my identity from that of my sister, but it wasn’t enough. But what was once a desired separation, is now a connection that draws me to her. The gap, that once seemed impossible to breach, is not so far away.

I have a book of poems written by my grandfather. It is inscribed “To my Grand daughter Kelly Margaret II with much Love, Grandpa Milo.” Among its poems is one called “Kelly Margaret.” It begins “We buried Kelly Margaret today” and ends:

And now she is gone–Kelly Margaret–

And we, once so full of our love,

Are emptied to nothing

For many years I did not know where Kelly was buried. We never visited her grave, we never marked her birthday or the anniversary of her death. It was as if she never existed, but she did. Once I located her resting place my husband and I went to meet her. Golden Gate National Cemetery is where servicemen and their immediate family members are buried. We parked in a designated area, but nothing could have prepared me for this section of the cemetery where hundreds of infants and children are buried together in row after row after row. All that loss, all that sorrow… And then finally to find her grave and lay your eyes upon your own name on the headstone. It was the first time the ghost became real and the grief had an opportunity to be expressed, the burden shared. The loss was mourned then, as it is now. It was then I remembered being at the cemetery for my great uncle’s burial and my parents slipping off without me. At the time it felt odd. I know now, that they were visiting her grave.

Yes we were two different people my sister and I. Just now I look at her footprints and mine to see those differences. Her footprints at 2 days and mine at 15 days. She was 21 inches long and weighed 6 pounds 14 1/4 ounces. I was only 19 inches and weighed 6 pounds 11 ounces. I will always be her little sister. Would we have fought? Would she have been an ally and a comfort?

The tears well as I write of her, the sister I did not know, whose life and death are deeply entwined with my own. The sister who shares my name, Kelly Margaret. I am not sure whether her absence was my parents trying to protect me, or themselves. What I can say, is for me, ghosts and secrets extract their toll, regardless of our acknowledgement of them. I was left alone with tragedies too big for a child to carry and yet you do. One of my father’s dying gifts was an apology. He said, “I have always leaned on you.” I said it was okay, but we both knew it wasn’t. I never had Kelly to lean on, because she was, but a ghost. The older we get the more ghosts we befriend. The more we realize what we have lost.

“For me I just had a while,

But still I smile.“

10 Comments on “My Sister is Gone, But still I Smile”