In case you haven’t noticed I love maps and I love tracing the paths of our ancestors. During the recent Family Tree DNA conference Michael Hammer’s presentation  was on the Post Neolithic Expansion of Haplogroup R-M269 in Europe. I have adapted one of his slides to show how WHEATON groups A, B, C and D are related. Hapolgroup I  Group E & F would have taken a path perhaps more towards Asia and then to Norway (Vikings) and then into England. 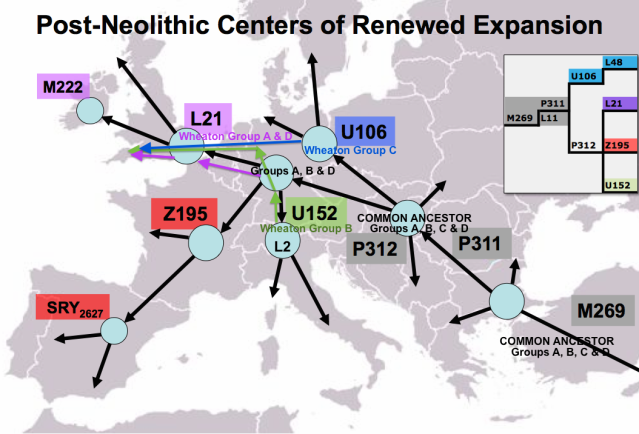 So what we have here is the Common R Haplogroup ancestor M269 Moving north into Eastern Europe (P312) and from there Groups A, B, & D (U152) move into Central Europe whereas Group C (U1060 Moves right into the heart of Saxon territory. Group A & D migrate from central Europe to England. Group B (L2) likely move into the Alpine region of Europe before moving northward again where we pick up our match from Northern Germany or Belgium before migrating to England. 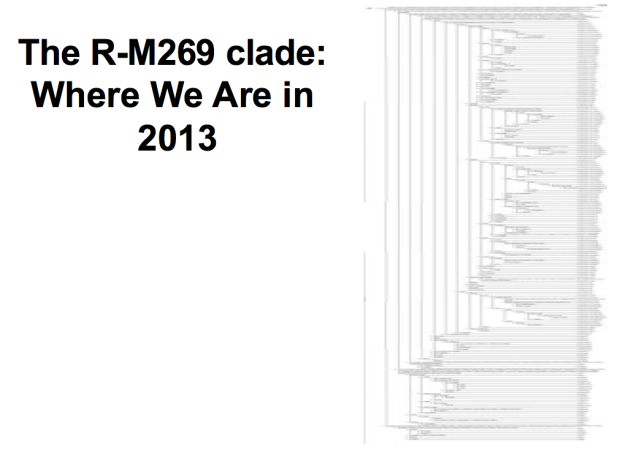 And I would venture to guess that as we exit 2014 we have ten times the above tree. And so this is how SNPs (mutations) are allowing us to further map the Y-Tree including our WHEATON parts of it.